Some of our Favorite Recent Media Campaigns 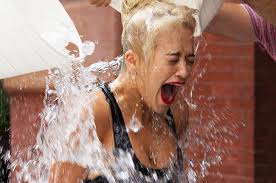 In 2014, one of the most successful public relations campaigns was the organic Ice Bucket Challenge. That’s no surprise for most people, because the messages and images of the campaign were pervasive, very wet, often entertaining and sometimes highly emotional.

The campaign began inauspiciously, when two friends in Florida pushed each other to take the Ice Bucket Challenge, which initially was a tactic to raise money for charity generally. One of them selected ALS as his charity, posted a video on You Tube–and then Facebook and Twitter started the media phenomenon.

The campaign turned into an official ALS fundraiser, raising $115 million through grassroots social media donations, and inspired hundreds of thousands of cold baths. Celebrities like LeBron James, Shakira and Bill Gates joined the fray and made headlines.

It was a complete victory for the ALS Association. In a season of slow news, ALS took over news outlets and social networks for weeks last summer, educating an entire nation on this somewhat rare but fatal disease.  The campaign resulted in a greater focus on ALS then at any time since baseball star Lou Gehrig contracted the disease and brought it to the American consciousness 75 years ago. 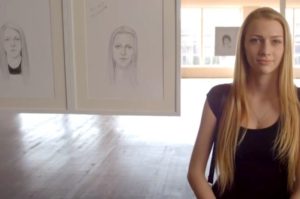 One of advertising’s most powerful campaigns in the last year was Dove’s Campaign For Real Beauty, followed by the Real BeautySketches Campaign, designed to encourage debate regarding the definition of beauty and how women see themselves. Unilever created a public dialogue that challenged stereotypical views of beauty. Their goal was to make more women feel beautiful, appreciate themselves more, and feel more confident. The umbrella campaign supports a very broad Unilever product line. 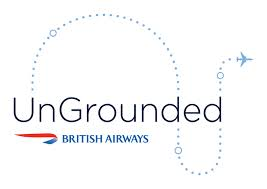 We love this campaign from British Airways, as reviewed in PR Week

On the face of it, the US West Coast would have been a naturally strong market for British Airways. The area’s tech sector was growing at a faster rate than any other part of the US economy prior to 2013. Furthermore, the airline offered more direct flights to the UK from the region than its competition. However, customer studies indicated British Airways was considered out of touch with an audience that valued innovation, transparency, and entrepreneurial spirit. After research, including 50-plus information-gathering sessions with Bay Area executives and top media outlets, British Airways launched a campaign to recapture the brand’s spirit of inventiveness: UnGrounded.

The effort’s hallmark was its innovation lab in the sky, which would bring together more than 100 technologists, founders, academics, and entrepreneurs for 11 hours on a flight from San Francisco to London. With agency partner Text100 the airline also held a launch event and influencer evening, a contest with Mashable that allowed consumers to “jump seats,” and a Google Hangout session with customers.

The results reflected an improving sentiment with the region’s business leaders. Premium business from San Francisco International Airport was up 20% year over year, while revenue from small and midsize businesses was up 10%. The in-flight hackathon also resulted in 26 concepts and four winning ideas, two of which have moved to the development stage. In addition, the campaign resulted in more than 90 unique articles in top-tier outlets, with 95% of the coverage being positive in tone.

Frito-Lay Do Us a Flavor 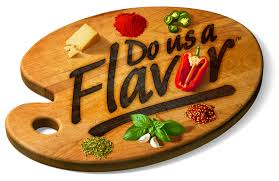 Frito-Lay created a feeding frenzy across the social media landscape with “Do Us a Flavor,” challenging consumers to create new Lay’s potato-chip flavors for the chance to win $1 million or 1 percent of the winning chip flavor’s net sales. The campaign generated close to 4 million flavor ideas through a Facebook app and SMS.

“Do Us a Flavor” had a twofold benefit for consumers: It let them know that their opinions matter and gave them a voice in product development. The campaign tripled Frito-Lay’s U.S. Facebook fan base and boosted sales by 12 percent nationwide.

Next Post
Your checklist for growth in 2015 Previous Post
Get a cue! Connecting your brand to everyday life