Striking Innovation in 4 Sectors of Life 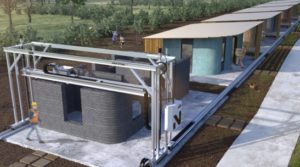 Icon to 3D-print homes, and establish a community in El Salvador. The organization is raising $1 million to produce its affordable homes. Each home contains a kitchen, bathroom and two bedrooms, costs $4,000 and takes 12–24 hours to print. The houses are also sturdy, as they use material that is stronger than cinderblock, which New Story used in the previous homes it produced. New Story aims to kick off production in El Salvador later this year.

This is a powerful reminder that as technologies advance, new opportunities will continue to present themselves to alert innovators. Witness the ever-diversifying array of 3D-printed goods: from luxury car parts to mascara wands and even beer foam designs. And here we see that 3D-printing can be about more than just boosting efficiency or novelty. New Story is utilizing 3D printing to serve bigger (literally, house-sized!) and higher purposes. 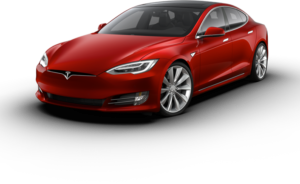 giving its cars a suite of autonomous features such as automatized steering, lane change, and parallel parking. Tesla isn’t the first or only manufacturer to offer these kinds of autopilot features, but it does have the capability to roll them out faster than its competitors: the company started installing the hardware for semi-autonomous functionality in 2014.

While other manufacturers had to add new technology and gadgets to their cars for them to be semi-autonomous, all Tesla owners had to do was update their software, as they do for an iPhone or computer. The 7.0 software is constantly gathering data from drivers, so not only can Tesla iterate faster, it can do so based on data captured by thousands of real drivers. Tesla owner Elon Musk expects to come out with a legit self-driving car in the next year or so, which is just slightly sooner than the 2020 deadline set by competitors such as Google and Mercedes.

NBA: The NBA wants to be a global brand, and it’s working. More than a billion people

around the world watch a league game every year, and it’s setting in-person attendance records as well. But its big idea is to bring basketball to fans no matter where they are, or on what kind of device they have. And, bidding to let true fans watch as much as they want, the NBA’s League Pass lets them watch any out-of-market game on a mobile device or computer—with a third now watching on mobile—or a weekly game with VR headsets. The league is also pushing the boundaries of innovation, commissioning ground-breaking highlight-clip generation tools, pop-a-shot apps, and fantasy basketball games, and solidifying relationships with companies like Facebook and Silicon Valley startups, even as it invests in e-sports.

You Version: Christian adherents have been reading the Scriptures for millennia,

hunched over the dense type on every kind of paper, from the ink strokes of scribes to the typed page begun by Gutenberg’s press. But a decade ago, a member of the staff at Life.Church in Oklahoma City revolutionized Bible reading in the modern era with the introduction of the You Version app. You Version now provides online access to 1492 versions of the Bible in 1,000 languages, and has had nearly 300 million downloads. Today, you see as many people in church pews reading the Scripture on their phones—with the ability to toggle between versions—as are reading the printed Word.