Fascinating News from the Nonprofit Sector 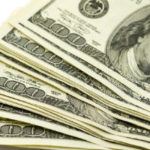 Venture Philanthropy:  $3.3 Billion Investment Payout for Cystic Fibrosis.   The Cystic Fibrosis Foundation (CFF) cashed in on one of its biggest venture philanthropy efforts, selling future royalty rights for $3.3 billion — 10 times the revenue that the charity typically generates in a year. “This is a transformational moment for the foundation and the entire CF community, ” Robert J. Beall, Ph.D., CFF’s president and CEO. CFF helped to fund development by Boston-based Vertex Pharmaceuticals, Inc., of the drug Kalydeco, investing some $150 million over the years. The drug won approval from the Food and Drug Administration (FDA) in 2012. CFF sold its royalty rights to Royalty Pharma, which funds late-stage clinical trials in exchange for royalty interests. 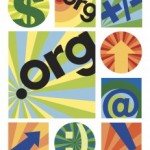 A Decade of Charity Growth: Number and Assets of Charities Are Growing Rapidly. Over the past decade, charities have grown more than other kind of nonprofit groups and now account for more than two-thirds of tax-exempt organizations, according to a report released today. At the same time, charities’ assets increased 43 percent, to nearly $3-trillion. The report found that charities totaled more than 963,000 of the 1.44 million nonprofit organizations registered with the Internal Revenue Service in 2012. In 2002, by contrast, the IRS registered 743,000 charities, or 56 percent of all nonprofits, according to the report by the Urban Institute, a Washington think tank. The report also found that assets for charities reporting to the IRS reached almost $3-trillion in 2012, a 43-percent increase from 2002, when adjusted for inflation. The gross domestic product over that same time grew by just 19 percent.

A Spirted Call to Social Media:Matterness: What Fearless Leaders Know About the Power and Promise of Social Media, by Allison Fine. She writes about her new book: “Many current and future leaders are locked inside their organizations afraid to venture out into the world. By doing so they are missing the true threat of avoiding the connected world. Here it is: Avoiders and their organizations become irrelevant — literally don’t matter anymore — and “age out” of their jobs and industries. Fear of losing control over every little detail prevents attention to details that do matter. Meanwhile precious energy is lost protecting yourself and your organization from change that’s not fully understood or appreciated. Exhaustion and inertia kick in. Bottom lines go red. Now that is the truly scary stuff.”  Social media expert and writer Beth Kanter says, “Allison Fine offers best practices, stories, and examples of ways of working for organization as they ride the second wave of the social media revolution.”