Every day, companies and causes of all types and sizes try to get your attention and to persuade you to buy their products, embrace a category, shift your impression of their company, support their cause, or vote for their candidate. Over the years, there have been some marketing and advertising campaigns that have done that job more convincingly and memorably than anyone else. Many have withstood the test of time.

Of course, while advertising can change perceptions, the products or programs have to deliver on the promises, or the successes will be short lived.

We’ve searched for opinions on the very best campaigns, and compiled this list of the top 15 iconic marketing and advertising campaigns in history (or at least since the advent of broadcast media).

This is not to say that these campaigns advanced totally edifying products or causes. As one observer noted, the top campaigns of this era include:  “air polluters, nutrition-less sugar water, a reviled carcinogen, two companies infamous for the use of virtual slave labor, one purveyor of savory cardiovascular time bombs, two booze peddlers, and one cosmetic product preying on the vanity of women.”

See if you agree with this list of top campaigns, and if you can pick up some inspiration for your next campaign!

In 1988, Nike sales were at $800 million; by 1998, sales exceeded $9.2 billion. “Just Do It.” was short and sweet, yet encapsulated everything people felt when they were exercising. Don’t want to run five miles? Just Do It. Don’t want to walk up four flights of stairs? Just Do It. It’s a slogan we can all relate to: the drive to push ourselves beyond our limits.

Nike asked itself what problem it was solving for Its customers. And what solution its product provided? By hitting on that core issue in all of your marketing messaging, you’ll connect with consumers on an emotional level that is hard to ignore.

While Apple has had a lot of successful campaigns, the Get a Mac campaign is responsible for more than 40% market share growth in just the first year after the campaign. The premise of the campaign was to debate on the Mac vs. PC which ended up in a clever campaign that gave all the benefits of the Mac without being overt about it. The campaign helped the Mac’s sales and helped Apple fight against one of their biggest competitors in Microsoft.

The Volkswagen Think Small campaign is considered the greatest print campaign of all time and one of the most successful campaigns before the popularity of television. Prior to their 1959 campaign, cars were thought of as big statements in terms of power and fashion. Volkswagen went the total opposite direction which turned out to be a great move, as it forced to reconsider car norms. They used the “think small” slogan to attract readers and then once they were hooked, they reeled them in with the benefits of the Volkswagen.

Prior to Dove’s most successful marketing campaign, they were being overshadowed by numerous brands on a saturated market. They found out that only a few percentage of women interviewed considered themselves beautiful which marked the start of their campaign. The campaign helped widen the narrow definition of beauty and helped people get involved with making women feel empowered about their looks. The campaign was so successful that it prompted other brands to try and go the same direction. They took a topic that they knew was a sensitive but also popular topic for their customers and created ads based on what their customers think vs. what is actually true. Though it was a simple campaign, it had a huge effect.

Prior to the Clairol hair dye campaign, begun in 1957, hair dyeing was considered a bit of a taboo and most of the population had already accepted how hair would eventually turn out at old age. They then released the hair dye campaign with the simple yet effective tagline “Does She or Doesn’t She?” How successful was this campaign? Well, Time magazine wrote in a 1967 article, “The question, as every reader of advertisements knows, refers to artificial hair color—and the odds on an affirmative answer have dropped from 15:1 to 2:1 since Miss Clairol first asked it 10 years ago.” The campaign was apparently so successful that some states stopped requiring women to denote hair color on their driver’s license.

Introduced in 1974, Miller Lite’s “Great Taste, Less Filling” campaign is one of the longest-running campaigns of all time. The goal of the campaign was to get “real men” to drink light beer. They were battling the common conception that light beer can never actually taste good. Taking the debate head-on, Miller featured masculine models drinking their light beer and declaring it great tasting. For decades after this campaign aired, Miller Lite dominated the light beer market they’d essentially created. What’s the lesson marketers can learn? Strive to be different. If people tell you there isn’t room for a product, create your own category so you can quickly become the leader. 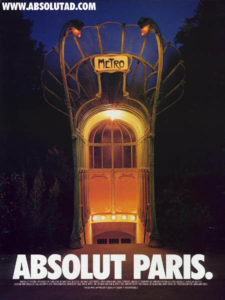 Absolut made its bottle—which has no distinct shape—the most recognizable bottle in the world. Their campaign, which began in 1981, featured print ads showing bottles “in the wild.” It was so successful that they didn’t stop running it for 25 years. It’s the longest uninterrupted ad campaign ever and comprised over 1,500 separate ads. When the campaign started, Absolut had a measly 2.5 percent of the vodka market. When it ended in the late 2000s, Absolut was importing 4.5 million cases per year, or half of all imported vodka in the U.S. The marketing lesson here? No matter how boring your product looks, it doesn’t mean you can’t tell your story in an interesting way.

Introduced in 1955, the Marlboro Man campaign was likely the most powerful—and in some quarters, most hated—brand image of the 20th century. The Marlboro Man stands worldwide as the ultimate American cowboy and masculine trademark, helping establish Marlboro as the best-selling cigarette in the world. To compete with new marketing campaigns from their rival Philip Morris, The Marlboro Man was an effort to focus on more masculine characters and avoided the health issue altogether.

Launched in 1993, Got Milk is one of the world’s best-known advertising campaigns. The campaign started out of a desire to promote cow’s milk for consumption. One big reason this campaign is seen as a success is the fact that milk is pretty…well…boring. The goals of the campaign were far exceeded. Milk consumption in California stopped declining — in fact, it increased by 7% from 1993 to 1994. Milk sales grew by 13.5 million gallons. In addition to the impressive numbers the campaign produced, the ad lives on. 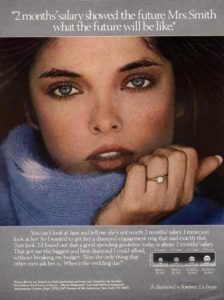 An advertising campaign can last forever as well, it seems. Or at least 63 years and going strong. As the De Beers website explains, “In 1947 a young copywriter called Frances Gerety was working with De Beers and was given a brief to compose a line that encompassed and expressed the physical attributes and legends surrounding the diamond.” Prior to the start of the 1948 De Beers marketing campaign, a diamond ring was unheard of in terms of engagements and weddings. The diamond didn’t even have any real value until it was promoted by the De Beers marketing campaign. But the campaign, which presented the idea that no marriage would be complete without a diamond ring, wasn’t just riding on the coattails of an existing industry. De Beers actually built the industry; they presented the idea that a diamond ring was a necessary luxury.

Old Spice came up with their commercial during the time that sales were starting to slow down. Their research found out that women were one of the main hopes for growth. They designed a campaign that talked directly to women. It was simple, funny, and unique. After a successful commercial in 2010, Old Spice followed up with a second commercial featuring the same actor, Isaiah Mustafa. Mustafa responded to fans’ comments on Facebook, Twitter, and other social media websites with short, personalized videos. In about two days, the company had churned out 186 personalized, scripted, and quite funny video responses featuring Mustafa responding to fans online. These videos saw almost 11 million views, and Old Spice gained about 29,000 Facebook fans and 58,000 new Twitter followers. The lesson here? If you find that your campaign has gained momentum with your fans and followers, do everything you can to keep them engaged while keeping your messaging true to your brand’s voice and image.

In a take-off of George Orwell’s iconoclastic book 1984, Apple’s most famous commercial of all time aired only once, during the 1984 Super Bowl, announcing the introduction of Macintosh. Depicted as the antidote to conformity, a woman interrupts a row of people marching in time as she carries a hammer and a picture of the yet unseen computer. She declares, “Our Unification of Thoughts is more powerful a weapon than any fleet or army on earth…We shall prevail!” followed by the tagline, “On January 24th, Apple Inc. will introduce Macintosh. And you’ll see why 1984 won’t be like “Nineteen Eighty-Four.” 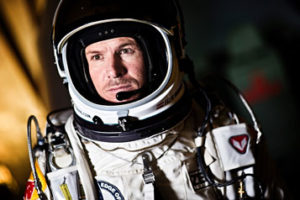 In an environment where it’s incredibly hard to capture consumers’ attention, Red Bull energy drink managed to captivate the world with its Stratos project. In 2012, Red Bull helped Austrian skydiver Felix Baumgartner freefall jump from 24 miles above the earth, breaking five records, according to officials at Guinness World Records. Baumgartner became the first human to break the sound barrier without engine power. The Red Bull Stratos project was, first and foremost, a scientific mission documented by broadcast and editorial teams for seven years. Footage from the stunt was featured in an ad campaign that kicked off in 2013. All told, Stratos generated millions in earned media and helped boost sales. In the six months immediately following the stunt, Red Bull’s sales rose 7 percent to $1.6 billion in the U.S.  Across the board, TV stations, news reports and journalists all referred to the event as “Red Bull Stratos” rather than shortening it to simply “Stratos,” as is so common with branded events.

This emerging rental car company rocked the print ad world with its “We’re No. 2, we try harder,” campaign in 1963. Self-deprecation has always been popular with public speakers to soften up their audience and the tactic worked wonders for Avis. Pointing out that they had to be better than the number one company to gain market share and ending with the tag line, “The line at our counter is shorter,” Avis profits soared. The origination of the slogan was not to create a cute gimmick, but instead it was—and is—a business philosophy that every Avis employee holds true. ‘We Try Harder’ has helped Avis earn a reputation as one of the most admired businesses in the world.”

This classic campaign broke the mold for beer ads. Rather than featuring 20-somethings, Dos Equis aged up, making a star out of gray-haired journeyman actor Jonathan Goldsmith. In the campaign, he plays the debonair “Most Interesting Man in the World,” who has become one of the most revered ad characters of the century. The much-parodied tagline —“I don’t always drink beer, but when I do, I prefer Dos Equis…Stay thirsty, my friends”— is a classic by itself. The campaign, which launched in 2007, helped make once-low profile Dos Equis into one of the fastest-growing beers, giving importer Heineken USA a needed boost.