How to build the trust that fuels program growth 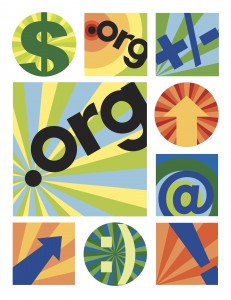 In the last year, some two thirds of Americans responded to appeals from charities for support of projects to meet human needs, create new initiatives, advance faith, and reverse wrongs. Nonprofit organizations received $298 billion in donations and were supported by about 64.5 million volunteers.

Unfortunately, the support is fleeting. For every 100 new donors, American nonprofits lost 107. A new report concluded that for every $100 charities raised last year, $100 was lost as donors stopped giving or donated less. Even as the economy flickered to life and giving increased slightly, donor attrition has stagnated charitable progress.

We love the simplicity and clarity of the Charity Water vision/mission:  “bringing clean and safe drinking water to people in developing nations.”  Of course many organizations deal with far more complexity than Charity Water, but if they get too far away from this simplicity, they may be doing too many different things.

We also like the improvement that a small charity that is known mostly in the evangelical community, CBMC, has made in bringing clarity to its vision, mission, and values (and featuring these at the top of the Website home page). The organization has struggled to decide what CBMC stands for, but have settled on Christian Business Men’s Connection, explaining in a prominent spot the men-only designation:  “Think for a moment about how your wife would react to news that you were meeting regularly with another woman to help her grow in her Christian faith.”

Successful nonprofit leaders and soft hearted and hard headed.  Promises they make to themselves and to potential donors, partners and recipients are only those that are rationally defendable.  This may seem obvious, but it is a clear delineation between the successful charities and those that flame out quickly.

A leading reason for failure, particularly for small organizations and startups, is that entrepreneurial and earnest founders and leaders are lying to themselves. Not purposely, of course.  Their passion and drive simply overwhelm their common sense.  They have little or no idea whether assets will be available to them beyond an initial gift or a successful fundraising event.  Sometimes there is an enduring base of support; often there is not. Because passion does not necessarily translate into support, it cannot be the basis of promises.

Some of the most successful charities, such as World Vision, are able to be more complete in reporting to donors because their primary funding mechanism, child sponsorship, requires personal reporting.  Other groups are making an extra effort for thorough reporting to be a central practice. One example: a charity called DonorsChoose that lets donors pay for education supplies and other needs listed by schoolteachers on a Website.  In exchange for contributions to a teacher of their choice, donors are promised a statement from the teacher describing the difference made by the gift, thank-you letters from students, and photographs of students putting a donor’s money to work.

The best known, thriving charities search relentlessly for the values, programs, and characteristics that give them unique value–what in the consumer sector is called a value proposition.  It is this statement of unique value that explains how these organizations make a difference; it satisfies their constituencies of supporters and partners. In addition, the organization’s value has to be declared at times and in ways that will enhance and broadly communicate the unique characteristics of the organization.  Compassion International works hard at this, taking every opportunity to establish the differentiating characteristics that set it apart from its relief and development competitors.

Great communications plans are evident at every point of public contact.  But they do not start there.  They start in the conference rooms and retreat centers, where teams of leaders gather and hammer out the bedrock of organizational value, and where the central messages of the charity are determined.  They continue in the research and planning that produces sound direction, and in the creative hot houses that germinate compelling creative.  What follows is truthful, compelling, flexible, and current communications that tell stories and capture the drama of human progress and struggle.

The huge charitable dependence on mass, direct-response fundraising has limited personal touch. The organizations that survive and grow through national crises and economic recession complement their direct response efforts with programs that include small events and meetings, local celebrations, and other efforts to increase personal communication.  Charities can raise a lot of money for their work as a result of strong professional fundraising campaigns, but they won’t be great, deeply rooted organizations without the personal touch and relationships that require leaders and representatives to climb out of the ivory towers of charity and into the halls and living rooms and coffee shops, churches, and banquet halls of American cities and towns.  One example of this: Although it is one of the largest charitable organizations in the world, The Salvation Army puts itself in a position to make personal contacts and raise its visibility as it raises funds, notably through its Christmas kettles and its thrift stores.

Successful charities have proven that it is attention to these 7 disciplines that will most reliably build the trust and loyalty that fuels program growth and organizational effectiveness.